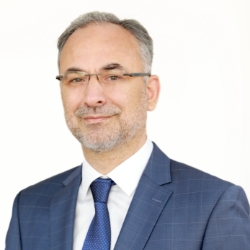 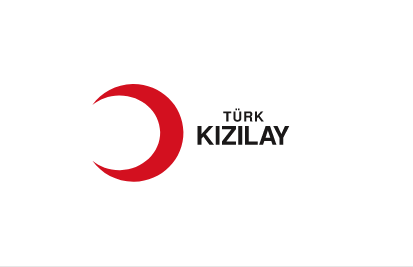 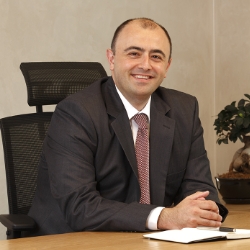 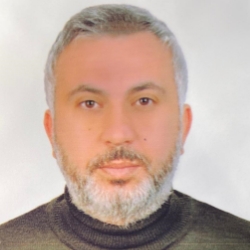 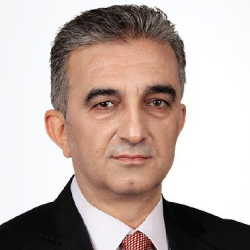 He was born in Hekimhan district of Malatya in 1970. He graduated from the Faculty of Medicine of Istanbul University in 1993. He worked as an administrator in the Ministry of Health and Istanbul Metropolitan Municipality. He served as a parliament member in the 10th District General Assembly of Istanbul and as a chairman of the Health Commission. He worked as the general manager of various national and international technology companies. He still works at Bezmiâlem Foundation University and teaches Disaster Medicine courses as a lecturer at the Health Sciences University. Beginning from his university years, he volunteered for humanitarian aid in various organizations. He served as President of Doctors Worldwide Turkey. He led humanitarian activities and projects and wrote articles in many conflict and disaster areas. He was appointed as Kızılay Deputy Chairman in 2015 and elected as the Chairman in 2016. From 2015 to November 2017, he served as a board member of IFRC (International Federation of Red Cross and Red Crescent Associations). In 2017, he was elected as the Vice President of IFRC, responsible for the Europe and Central Asia Region.

He was born in Dusseldorf, Germany in 1970. He graduated from Department of Economics of Istanbul University in 1992. He completed his master's degree on Banking and Finance at Marmara University in 1996. Beginning from 1992, he held various positions in the retail industry. He served as product, export, business development director, executive board member and directors’ board member, executive director and chairman advisor. Esselte Leitz, Panda, Danet, Ülker Golf are the firms that he worked as senior executive. Between 2007 and 2010, he served as Turkey consultant in Eastgate Capital Group Ltd.-Dubai (https://www.difc.ae/public-register/ncb-capital-difc/). Currently, he is a member of the Board of Directors at Coldstone Creamery Turkey, as well as a Board Member and CEO at Kızılay Yatırım Holding A.Ş.

He was born in 1960 in Bolu. He graduated from Boğaziçi University, Department of Business Administration in 1982. He completed his MBA at Cardiff Business School in 1992. He started his career in investment banking. Between 1984-2001, he worked in the most important financial institutions of the world, Gulf Islamic Investment Company Jeddah, National Commercial Bank Jeddah, UBS London, Swiss Bank London. He joined the Ülker Yıldız group in 2001 as the CEO of Family Finans, the group's banking investment. He played a very important role in the merger of the Family Finans into Türkiye Finans Katılım Bankası and finally sale of it to Saudi Arabia's National Commercial Bank in 2007. He served as General Manager, CFO and Board Member in Yıldız Holding, one of Turkey's largest private company. He played a major role in the process of transforming the group from a regional player to one of the largest food producers in the world and his efforts for restructuring, investments and especially acquisitions of companies such as Godiva and Şok contributed the growth of the group. He worked as the founding CEO of Gözde Girişim Sermayesi Yatırım Ortaklığı, largest publicly traded private equity investment company until 2014 and affiliate of Yıldız Holding. Gözde Girişim Sermayesi Yatırım Ortaklığı took public attention especially in 2012 after acquisitions of Kümaş A.Ş. and Makina Takım A.Ş. as well as bridge and highway privatizations, which were Turkey's second largest privatization transactions until that date. Between 2012 and 2018, he served as a Board Member at Mondi Tire Kutsan Istanbul, MENA Infrastructure Fund Dubai and Medyasoft A.Ş. He was chosen as the Board Member of the Turkish Basketball Federation for three consecutive period. Curently, he is founder and Chairman of BRK Yatırım Şirketi, which is located in Istanbul. Also, He is board member of Fajr Capital Ltd. Dubai, Fajr Capital Advisors Ltd. Dubai and Cravia Group Holdings Dubai.

He was born in 1974. He graduated from Istanbul University, Faculty of Economics, Department of International Relations. He started his professional life in 1993, working in the field of marketing in the technology sector. During this period, he made important contributions to the creation and development of the product range and setup, pricing and marketing programs, and the development of distribution and sales channels. As a result of these studies, the relevant companies achieved a significant market share gain, as well as very strong increases were observed in the sales of them.

Important achievements in domestic companies attracted the attention of Microsoft, one of the world's largest technology companies and in 1999 he started working as a Consumer Marketing Manager at Microsoft and continued this position until he was assigned to an international position. He harmonized local and global marketing strategies while developing a comprehensive marketing strategy that combines industry, target groups, products and channels. He reorganized the distribution channels around Microsoft consumer products. In five years, Microsoft Turkey became one of the world's top three markets in retail channel, while the retail channel became Microsoft Turkey's fastest growing business area and the department he managed became one of Turkey's largest computer retail team. His success secured his team has been known globally in Microsoft for four years, they have been shown as a model and invited to meetings. Then, he worked in the international arena at Microsoft from 2004 and served as a Senior Marketing Manager until 2009. Between 2004 and 2006, he managed the marketing of products in the EMEA (Europe-Middle East-Africa) region through 79 branches, 650 distributors and tens of thousands of distributors. During his management, he succeeded in achieving a high rate of growth in revenue and therefore a significant increase in market share, a decrease in expenses and an increase in operational efficiency have been secured.

He returned to Turkey in 2009 and worked as Deputy General Manager for Marketing at TTNET, the largest broadband internet service provider in the country. Having a marketing team analysis, he growth the team threefold and with the marketing strategy and advertising campaigns, he achieved significant increases in the number of subscribers and revenues in one year. Then, he served as CEO Consultant at Türk Telekom. While providing consultancy services to the CEO on marketing, business and product development, sales and new sales channels, he contributed to making healthier decisions regarding the dynamics of the market and competitors, especially in investment, mergers and acquisitions.

Between 2013 and 2016, he advised the board of directors and general managers of Turkey's institutions and companies leading in their respective sectors, regarding especially in marketing, strategy, finance, business and product development, sales and sales channels. He also mentored important venture companies on user acquisition, digitalization, turnover and business models.

Since 2016, actively participating in investment committees of real estate and private equity funds, which are one of the newest products of the capital markets, he has contributed with his views on marketing, finance, business and product development, sales channels and management. While contributing to the analysis of the dynamics of the portfolio management company and its competitors, ensuring the compliance of the vision, strategy and organizational structure of the company, mentoring new startups he helps them reach tens of thousands of users from scratch, and sell via PC, mobile device and cloud platforms with retail, e-commerce and advertising-based business models. While serving as an investment committee member in leading ten funds of the sector, including five real estate funds and five private equity funds, he also contributes as a board member in companies where private equity funds invest. Portfolios of private equity funds consist of enterprises in the fields of fintech, cyber security, mobile games, education, entertainment, e-learning as well as food and renewable energy.

Since 2020, he works as Supervisory Board Member in Turkey Capital Markets Association and as Legislation and Regulatory Commission President in Private Equity Assembly of Turkish Chambers and Stock Exchanges Union. He also continues to support many different disciplines, especially in technology and marketing, by serving as a board member in many companies in different sectors.

He was born and completed high school education in Istanbul. He graduated from Dokuz Eylül University, the Faculty of Economics and Administrative Sciences, the Department of Economics (in English). After university education, he worked as a manager and business partner in various companies. Then he turned to real estate investments in 2011 as of the founder of MP Yatırım Gıda Sanayi ve Ticaret Ltd. In 2013, he began to serve as a member of the Executive Board and Directors Board of project development unit of Ortadoğu Proje Geliştirme İnşaat San.Tic. A.Ş. He has led important real estate investment projects and still continues to work in two abovementioned companies. During conducting his duties, he contributed in the fields of land development, zoning and license processes, construction and project management, sales and marketing. Moreover, he also serve as a director and board member at various foundations.

Fevzi Öztürk was born in Sivas in 1974. He graduated from Anadolu University, Faculty of Economics and Administrative Sciences, Department of Finance and Istanbul University, Department of Sociology. He also continues his academic studies in the International Banking and Finance program of Istanbul Ticaret University Finance Institute. In 2000, he completed the "Capital Markets and Stock Exchange" program at Istanbul University and the "Alternative Investment Tools and Portfolio Management in Financial Markets" program at Marmara University. In the scientific research competition organized by TKBB in 2009, he received the Scientific Evaluation Board Award for his work titled "Participation Banking and Opportunities in Turkey". Between 2008 and 2014, he worked as an economy columnist for Yeni Şafak Newspaper. He served as a member of TKYD between 2005 and 2012. Between 2013 and 2018, he worked as an expert in the fields of Capital Markets, Trade and Asset Management at the Ministry of Justice. Öztürk, who started his professional career in the Fund and Treasury Management of Türkiye İş Bankası group insurance company in 1998, took an active role in the establishment of the treasury and fund management units by taking part in the founding staff of Bizim Menkul Değerler A.Ş. He took an active role in the establishment process of many investment and exchange traded funds in compliance with interest-free principles for the first time in Turkish capital markets. He served as the Fund and Portfolio Manager, responsible for the establishment, design, management and operations of these funds. He took part in the project team on pricing and technical issues of Income-Indexed Bills, which were first issued in 2009 by the Undersecretariat of Treasury in Turkey, and organized the formation of healthy prices in the secondary market. Between 2013 and 2018, he provided independent consultancy services to businesses in different sectors on financial and capital market issues. Between 2018 and 2021, he worked as a Manager at the Istanbul Settlement and Custody Bank Markets Directorate in the execution of market operation, legislative regulations, market development designs and operations. In May 2021, he was appointed as the General Manager and the Board Member of Kızılay Real Estate and Private Equity Portfolio Management Company. He holds "Capital Market Activities Advanced Level License", "Derivative Instruments License", "Corporate Governance and Rating License" and "Credit Rating License" regarding capital market activities.

Use of Cookies
For more detailed information about the purposes of processing your personal data by Kızılay Portföy, we recommend you to read the Cookie Policy Clarification Text
ACCEPT COOKİES